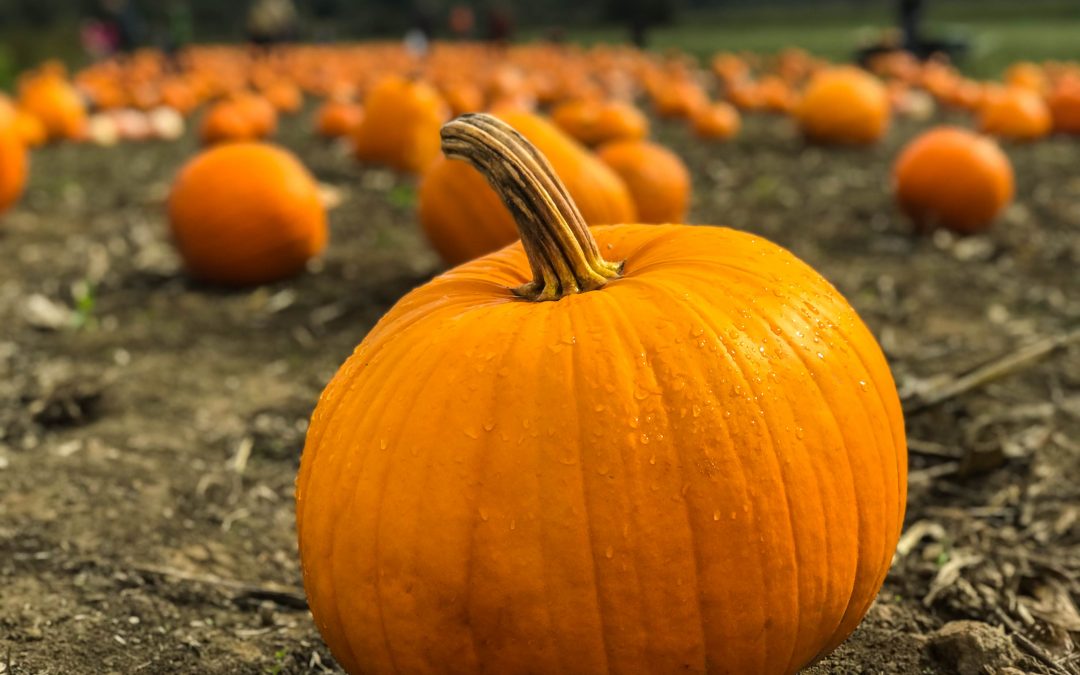 You Can Blame Cinderella For That

You know how you buy those canned jars of “Pumpkin” at the grocery store this time of year? Well, don’t freak out, but…

It actually comes from a squash!

Or at least, what we Americans call squash. The vast majority of canned pumpkin comes from a varietal called “Dickinson’s.” A big, lumpy, tan, gourd-shaped version of a Butternut squash. Sometimes commercial canners mix in different varietals of the occasional ‘pumpkin’ in, but the vast majority of what is used for canned ‘pumpkin’ are squashes.

So, what then, IS the difference between a squash and a pumpkin?

‘Pumpkins’ are the orange round ones, and all the rest? Those are ‘squash.’

Confused yet? Join the club. The FDA even had to issue a ruling on the debate just to make sure everybody knew they didn’t care that everybody was confused.

“Since l938, we have consistently advised canners that we would not initiate regulatory action solely because of their using the designation “pumpkin” or “canned pumpkin” on labels for articles prepared from golden-fleshed, sweet squash, or mixtures of such squash with field pumpkins. In the absence of any evidence that this designation misleads or deceives consumers we see no reason to change this policy.”

From America to Europe, and Back Again

Pumpkins, squash and ‘gourds’ all come from the ‘Cucurbita’ family. You know, like cucumbers (a squash kissing-cousin).

In the Cucurbita family there are many ‘species’ but there are three which have been domesticated to produce a hard-shelled, typically round-ish (but not always) ‘fruit.’ The ‘big three’ are — C. pepo, C. maxima and C. moschata.

All three species have varietals that are decidedly ‘squash’ shaped and colored and hence called ‘squash.’ And some that are orange and round and so of course, called ‘pumpkins.’ They are the exact same species.

They all originated from the America’s. Or well, Central America to be exact. The original squashes were intensely bitter and mostly dried into water-carrying gourds.

The power of human plant selection is an amazing thing. By the time the Spaniards showed up in Central America in the late 1400s, generations of the indigenous population selecting for the most edible fruit had resulted in a ‘somewhat’ edible hard-shelled fruit. The Spaniard’s weren’t too impressed by the eating quality, but it was a novelty. They took a few samples and sailed back to Europe.

Meanwhile, in the America’s, the ‘Cucurbita’ family continued to march ever northward. A species that had started in the steamy jungles of the Central America vined its way into what would eventually become Arizona, Florida and the mid-western plains states. By the time it got up to Massaschusetts the Native American’s were calling it ‘askutasquash,’ meaning “eaten raw or uncooked.”

Interesting tidbit, sweet winter squash — or pumpkin! — varieties sliced thin are really quite tasty. A not quite as sweet, firmer-fleshed cantaloupe. Try it sometime.

“Askutasquash’ is a bit of a mouthful. So when the Pilgrim’s showed up, they not-surprisingly shortened that to ‘squash.’

Back in Europe the ‘Cucurbit’ seeds brought over by the Spaniards had migrated in various colors and shapes to France.

The French started out calling them ‘Pepon’s (Greek for melon) but thought these funny-shaped things, particularly the orange ones, were a bit of a joke. Bastardizing the perfectly appropriate name ‘pepons’, they disparagingly began calling them ‘Pompons’ instead. A not-so-sly reference to the rather ridiculous orange-red round feather plumb worn on the top of the traditional “Bachi” hat of the French Navy.

This, by the way, is also the origin of the word “Pom-pom.” Thank the French.

So, the French guffawed and made fun of those silly orange things. By the time the colonists brought seeds BACK to the America’s to join the “askutasquash’ Cucurbit family members that had been there all along, they were calling them “Pumpions.” Eventually, the ‘pumpion’ became “pumpkin’ in American vernacular.

Even so, it’s debatable that the term “pumpkin,” would have had the linguistics staying power to stick around. Especially when all the rest of the Cucurbitas in the Americas at least, were called squash.

We can blame Cinderella for that.

French author Charles Perrault, wrote the version of the “Cinderella” story we are all familiar with today. The story itself was far from novel. It was a folk-tale about triumphantly overcoming unjust oppression that had been repeated through out history and generations.

What was new, was Perrault’s imaginative take on an oft-repeated tale. Particularly a magical fairy godmother that transformed common, everyday items into spectacular creations.

Just like that — bippity-boppity-boo! — the round, orange ‘pompon’ the French derided and joked about was transformed into a beautiful, golden and drool-worthy carriage. Totally pie-worthy.

And hence, the term “pumpkin” would be forever associated with the orange, round version of what everybody else calls…. a squash.

Since I’d get kicked out of our small, squash-growing town without including the “Squash Pie” recipe I know you all now want to try, here’s a locally famous one from my neighbor. Shannon’s family farm has grown the “Sugar Hubbard Squash” for multiple generations.

1 pie crust — Your favorite recipe, or buy pre-made if you’re desperate for time.

Throw everything in a blender & blend until smooth.
Do not pre-bake the crust, it gets too brown.
Egg wash the crust then sprinkle with sugar.
Pour mix into pie crust. Be very careful putting in oven or you will have a stinky oven! (Speaking from experience!)
Put in 425 degree (convection setting if you have it) oven for 10 min
Reduce heat (without opening oven) to 325 degrees for 15 min
Turn the pie around in oven then cook for another 10 min
Check pie, it should be jiggly. Turn off oven. with door shut. Leave for 5 more minutes.
Open door slightly & set timer for 10 minutes before removing.

Shannon’s hint — “I found if you pull the pie from the oven right after it’s done it cracks & that does not make a pretty pie! I open oven door just a notch & just let the pie sit in oven till it cools down and looks perfect.”

This piece was originally published on Medium